Relying on God and Community 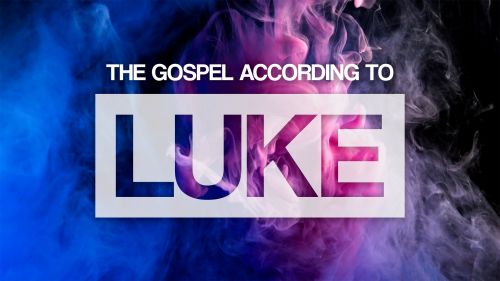 RELYING ON GOD AND COMMUNITY

The Temptation of Jesus in the Desert

Luke 4:1-2
“Jesus, full of the Holy Spirit, left the Jordan and was led by the Spirit into the wilderness, 2 where for forty days he was tempted by the devil. He ate nothing during those days, and at the end of them he was hungry."

The devil is appealing to Jesus’ human nature, His pride, and His trust in His Father.

The devil led him up to a high place and showed him in an instant all the kingdoms of the world. And he said to him, “I will give you all their authority and splendor; it has been given to me, and I can give it to anyone I want to. If you worship me, it will all be yours.”  Jesus answered, “It is written: ‘Worship the Lord your God and serve him only.’”

The devil led him to Jerusalem and had him stand on the highest point of the temple. “If you are the Son of God,” he said, “throw yourself down from here.  For it is written: “‘He will command his angels concerning you to guard you carefully; they will lift you up in their hands, so that you will not strike your foot against a stone.’”  Jesus answered, “It is said: ‘Do not put the Lord your God to the test.’”

Jesus’ response each time he is tempted is Scripture and He didn’t fall to temptation because He KNEW TRUTH.

Luke 4:13
“When the devil had finished all this tempting, he left him until an opportune time.”

Jesus Kicked Out of Nazareth

Luke 4:28-30
"All the people in the synagogue were furious when they heard this. They got up, drove him out of the town, and took him to the brow of the hill on which the town was built, in order to throw him off the cliff.  But he walked right through the crowd and went on his way."

Even for Jesus, this was enough of a struggle, that he walked right through them and went on his way.

Not only is Jesus fully reliant on God, but he also chooses to be reliant on PEOPLE.

His Goal is the cross, and he knows that his human nature needs a team to get him there.

Luke 5:1-11
“One day as Jesus was standing by the Lake of Gennesaret, the people were crowding around him and listening to the word of God.  He saw at the water’s edge two boats, left there by the fishermen, who were washing their nets.  He got into one of the boats, the one belonging to Simon, and asked him to put out a little from shore. Then he sat down and taught the people from the boat. When he had finished speaking, he said to Simon, “Put out into deep water, and let down the nets for a catch.”

Simon answered, “Master, we’ve worked hard all night and haven’t caught anything. But because you say so, I will let down the nets.”

When they had done so, they caught such a large number of fish that their nets began to break. So they signaled their partners in the other boat to come and help them, and they came and filled both boats so full that they began to sink.

When Simon Peter saw this, he fell at Jesus’ knees and said, “Go away from me, Lord; I am a sinful man!” For he and all his companions were astonished at the catch of fish they had taken, and so were James and John, the sons of Zebedee, Simon’s partners.

Then Jesus said to Simon, “Don’t be afraid; from now on you will fish for people.” So they pulled their boats up on shore, left everything and followed him."

So why does Jesus so quickly call them to join his team?

Jesus looked for humble, teachable guys who would give up everything to see the church happen.

Luke 6:12-16
“One of those days Jesus went out to a mountainside to pray, and spent the night praying to God. When morning came, he called his disciples to him and chose twelve of them, whom he also designated apostles: Simon (whom he named Peter), his brother Andrew, James, John, Philip, Bartholomew, Matthew, Thomas, James son of Alphaeus, Simon who was called the Zealot, Judas son of James, and Judas Iscariot, who became a traitor.”

But despite the diversity of backgrounds and education levels among these men, they had an important calling as the original twelve disciples (apostles) of Jesus.

Ephesians 2:19-20
"Consequently, you are no longer foreigners and strangers, but fellow citizens with God’s people and also members of his household, built on the foundation of the apostles and prophets, with Christ Jesus himself as the chief cornerstone."

Revelation 21:14
"The wall of the city had twelve foundations, and on them were the names of the twelve apostles of the Lamb."

What is it like to do ministry as a team.

Why did Jesus ask them to follow him? Was it just for them or did those guys actually HELP the ministry of Jesus?

These guys were practically a help and support to Jesus, and we even see on his last night before He was arrested that they were an emotional support as he pulled away to pray.

Why is it important to do ministry as a team?

Well, because Jesus did.  And we want to be like him.

Teamwork is HARD. It takes intense humility and partnership.  It takes laying down YOUR “rights” for the sake of the mission.

What to look for in a team:

Jesus relied first and foremost on Scripture (we see that in the Wilderness Temptation), and second, he chose to rely on others.