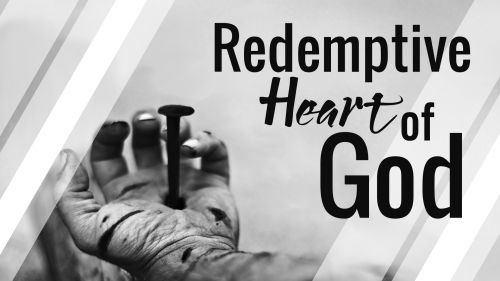 Mark 15:38-47
38 The curtain of the temple was torn in two from top to bottom. 39 And when the centurion, who stood there in front of Jesus, saw how he died, he said, “Surely this man was the Son of God!”
40 Some women were watching from a distance. Among them were Mary Magdalene, Mary the mother of James the younger and of Joseph, and Salome. 41 In Galilee these women had followed him and cared for his needs. Many other women who had come up with him to Jerusalem were also there.

42 It was Preparation Day (that is, the day before the Sabbath). So as evening approached, 43 Joseph of Arimathea, a prominent member of the Council, who was himself waiting for the kingdom of God, went boldly to Pilate and asked for Jesus’ body. 44 Pilate was surprised to hear that he was already dead. Summoning the centurion, he asked him if Jesus had already died. 45 When he learned from the centurion that it was so, he gave the body to Joseph. 46 So Joseph bought some linen cloth, took down the body, wrapped it in the linen, and placed it in a tomb cut out of rock. Then he rolled a stone against the entrance of the tomb. 47 Mary Magdalene and Mary the mother of Joseph saw where he was laid.

We know now what the end of the story is. On the third day, Mary Magdalene, Mary the mother of James, and Salome go to the tomb, and they realize that the stone has been rolled away. Instead of finding Jesus, they find an angel who says:
Mark 16:6
“You are looking for Jesus the Nazarene, who was crucified. He has risen! He is not here. See the place where they laid him.

Our God not only sacrificed his life as redemption for the price that was on our head, He also came back from the dead!

Mark 9:31
"The Son of Man is going to be delivered into the hands of men. They will kill him, and after three days he will rise."

In Luke 23:56 This is what Luke says the women did after Jesus was entombed:
56 Then they went home and prepared spices and perfumes. But they rested on the Sabbath in obedience to the commandment.

Where we would expect to see doubt from these people that followed Jesus, all we see from them is faith. Why? Personal relationship with Jesus.  They knew and trusted Jesus. Even with their doubts and their issues, they had personal experience that told them that Jesus is who He says He is.

Jesus Tore the Veil that Separates Us

The curtain this is referring to, is the veil inside Solomons Temple that separated the Holy Place from the Holy of Holies where the presence of God dwelled. When Jesus died, it was torn from top to bottom! After Jesus, that place is now open for everyone becuase the debt on your head has been paid, and you can know God personally now.

Why did the followers of Jesus trust that He was coming back? In having personal relationship with Jesus, they formed a trust that led them to be faithful.

Usually, we get it totally backwards and we think that we have to have full and complete faith in God in order to trust Him enough to have personal relationship. Personal relationship with God, comes from accepting the gift of salvation that He offers on the cross through his sacrifice, and then through personal relationship, everything else falls into place. That just says so much about the Redemptive Heart of God, that His invitation to follow Him, comes while we are still broken sinners.

Jesus didn’t come just for the goal of defeating death, The character of Jesus is all about Redefining Life.