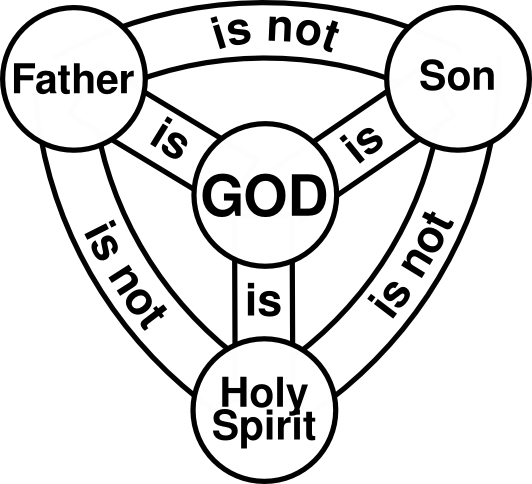 Jesus is a coequal part of the person of God.

John 5:19
"Very truly I tell you, the Son can do nothing by himself; he can do only what he sees his Father doing, because whatever the Father does the Son also does.”

Jesus, is the Redeemer!

Peter highlights the personality of God in the beginning of his letter to the church in 1 Peter:

1 Peter 1:1-2
To God’s elect, exiles scattered throughout the provinces of Pontus, Galatia, Cappadocia, Asia and Bithynia,  2 who have been chosen according to the foreknowledge of God the Father, through the sanctifying work of the Spirit, to be obedient to Jesus Christ and sprinkled with his blood

Father: chosen according to the foreknowledge of God the Father

Holy Spirit: through the sanctifying work of the Spirit

Jesus: we are to be obedient to Jesus Christ and sprinkled with his blood

Jesus is the Redeemer who makes true and unadulterated relationship with God possible. Jesus is the action step from God to us, and from us to God.

Ezekiel 34:16
I will search for the lost and bring back the strays. I will bind up the injured and strengthen the weak, but the sleek and the strong I will destroy. I will shepherd the flock with justice.

Luke 19:10 KJV
For the Son of Man has come to save that which was lost.

Genesis 2:15-17
15 The Lord God took the man and put him in the Garden of Eden to work it and take care of it. 16 And the Lord God commanded the man, “You are free to eat from any tree in the garden; 17 but you must not eat from the tree of the knowledge of good and evil, for when you eat from it you will certainly die.”

Genesis 3:1-5
1 Now the serpent was more crafty than any of the wild animals the Lord God had made. He said to the woman, “Did God really say, ‘You must not eat from any tree in the garden’?”
2 The woman said to the serpent, “We may eat fruit from the trees in the garden, 3 but God did say, ‘You must not eat fruit from the tree that is in the middle of the garden, and you must not touch it, or you will die.’”
4 “You will not certainly die,” the serpent said to the woman. 5 “For God knows that when you eat from it your eyes will be opened, and you will be like God, knowing good and evil.”

Adam and Eve consciously CHOSE the serpent over God.

Genesis 18:20-21
20 Then the Lord said, “The outcry against Sodom and Gomorrah is so great and their sin so grievous 21 that I will go down and see if what they have done is as bad as the outcry that has reached me. If not, I will know.”

1 man in that city was righteous, a man named Lot. ONE.

The people of Sodom and Gomorrah CHOSE their evil desires over God.

Exodus 32:1-4
When the people saw that Moses was so long in coming down from the mountain, they gathered around Aaron and said, “Come, make us gods who will go before us. As for this fellow Moses who brought us up out of Egypt, we don’t know what has happened to him.” 2 Aaron answered them, “Take off the gold earrings that your wives, your sons and your daughters are wearing, and bring them to me.” 3 So all the people took off their earrings and brought them to Aaron. 4 He took what they handed him and made it into an idol cast in the shape of a calf, fashioning it with a tool. Then they said, “These are your gods, Israel, who brought you up out of Egypt.”

Not only do they spo quickly turn on God, and create a God that they could worship, they give that idol the credit for everything God had done.

The Israelites CHOSE their need for control over God.

1 Samuel 8:4-8
4 So all the elders of Israel gathered together and came to Samuel at Ramah. 5 They said to him, “You are old, and your sons do not follow your ways; now appoint a king to lead us, such as all the other nations have. 6 But when they said, “Give us a king to lead us,” this displeased Samuel; so he prayed to the Lord. 7 And the Lord told him: “Listen to all that the people are saying to you; it is not you they have rejected, but they have rejected me as their king. 8 As they have done from the day I brought them up out of Egypt until this day, forsaking me and serving other gods, so they are doing to you.

Saul CHOSE jealousy over God. He was in need of Redemption.

David CHOSE his own selfish desires over God. He was in need of Redemption.

1 Kings 12:28
28 After seeking advice, the king made two golden calves. He said to the people, “It is too much for you to go up to Jerusalem. Here are your gods, Israel, who brought you up out of Egypt.” 29 One he set up in Bethel, and the other in Dan. 30 And this thing became a sin; the people came to worship the one at Bethel and went as far as Dan to worship the other.

Jeroboam CHOSE power over God. He was in need of Redemption.

Jonah CHOSE selfishness over God. He was in need of Redemption.

Hosea describes people perfectly when he says this:

Hosea 9:1 ESV
Rejoice not, O Israel! Exult not like the peoples; for you have played the whore, forsaking your God. You have loved a prostitute's wages on all threshing floors.

Throughout history, people have constantly given in to sin, death, and destruction and have spit in the face of the perfect God who wanted nothing more than unadulterated relationship. And do you know what? He still loved them enough to come in person, and make right, that which had been wrong.

Hebrews 2:17
to make atonement for the sins of the people

Ephesians 2:18
to bring access to the Father by one Spirit

John 12:46
I have come into the world as a light, so that no one who believes in me should stay in darkness.