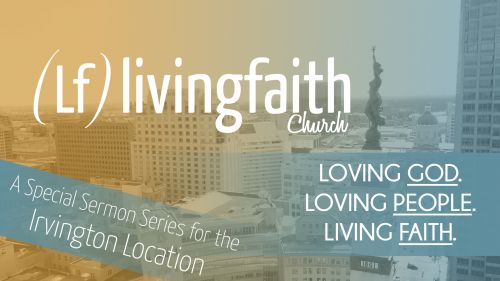 In 1 Corinthians 11:1, Paul tells his followers in Corinth to:
Follow my example, as I follow the example of Christ.

At our Near West Location, we specifically hit on the discipleship relationship between Jesus and Peter, and saw that time and time again, Peter did boneheaded things, but was always willing to be REAL with Jesus.

As a result, in Matthew 16:18, Jesus says this about His disciple, Peter:
And I tell you that you are Peter, and on this rock I will build my church, and the gates of Hell will not overcome it.

He went after normal people!

Stop being strategic, and looking for the people to disciple who most fit your personality, or the ones who are most likely to be looked up to… Find regular people who are willing.

Mark 1:29-31
29 As soon as they left the synagogue, they went with James and John to the home of Simon and Andrew. 30 Simon’s mother-in-law was in bed with a fever, and they immediately told Jesus about her. 31 So he went to her, took her hand and helped her up. The fever left her and she began to wait on them.

I love that Jesus doesn’t just say, “oh no,” and tell Peter He’ll pray for her. Jesus takes Peter and says, let’s go.

When everything starts falling apart, that’s usually when people start to retreat from relationship, but that’s exactly when we need to step in and be a support to them.

Matthew 14:22-33
22 Immediately Jesus made the disciples get into the boat and go on ahead of him to the other side, while he dismissed the crowd. 23 After he had dismissed them, he went up on a mountainside by himself to pray. Later that night, he was there alone, 24 and the boat was already a considerable distance from land, buffeted by the waves because the wind was against it.
25 Shortly before dawn Jesus went out to them, walking on the lake. 26 When the disciples saw him walking on the lake, they were terrified. “It’s a ghost,” they said, and cried out in fear.
27 But Jesus immediately said to them: “Take courage! It is I. Don’t be afraid.”
28 “Lord, if it’s you,” Peter replied, “tell me to come to you on the water.”
29 “Come,” he said.
Then Peter got down out of the boat, walked on the water and came toward Jesus. 30 But when he saw the wind, he was afraid and, beginning to sink, cried out, “Lord, save me!”
31 Immediately Jesus reached out his hand and caught him. “You of little faith,” he said, “why did you doubt?”
32 And when they climbed into the boat, the wind died down. 33 Then those who were in the boat worshiped him, saying, “Truly you are the Son of God.”

Jesus reached out a hand and pulled Peter up, before he called out what made him fall. As disciplers, we definitely do need to call people out when things are handled wrongly, but only after we offer them a hand and pull them back up.

Isn’t that stuff we all crave?

Someone just to look at us and say, “Follow my example, as I follow the example of Christ.”

2 Timothy 2:2
And the things you have heard me say in the presence of many witnesses entrust to reliable people who will also be qualified to teach others.