Getting Help With the Mess 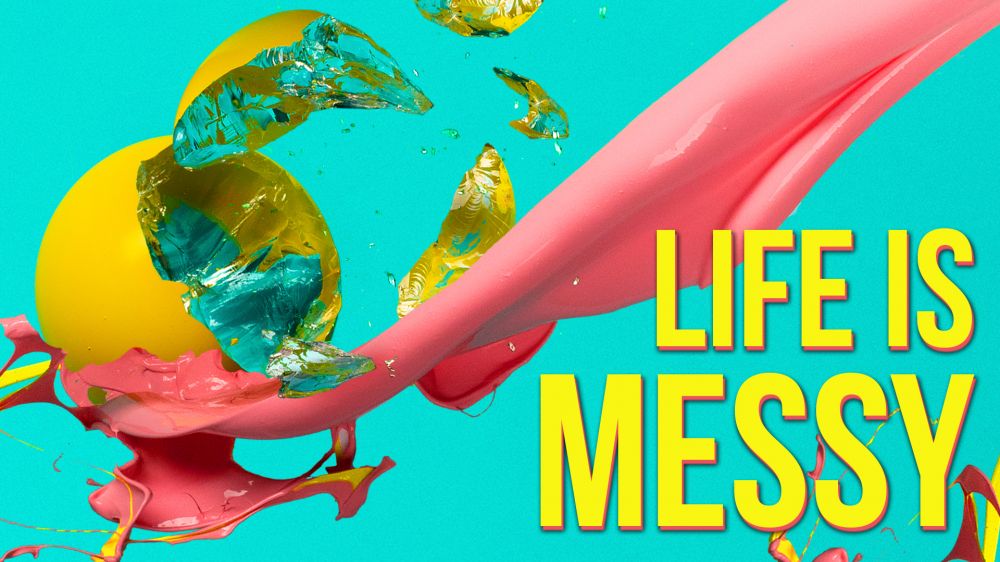 GETTING HELP WITH THE MESS

I think that every single one of us would say that our lives are messy, but we spend so much time trying to look put together. A website called The Spectrum says this about Instagram:

"A new survey found that Instagram makes people more miserable than other social media platforms.
The new report, done by the Royal Society for Public Health (RSPH), found about 63 percent of Instagram users reported feeling miserable, which was higher than any other social media network. Those same users spent nearly 60 minutes per day on the social media. The 37 percent who said they were happy on the app used Instagram about half as long as those who reported being unhappy when using the app. Interestingly, apps that use real conversations, like FaceTime and traditional phone calls, had higher rates of happiness, as in 91 percent and 84 percent, respectively, according to The Economist. The report also found that social media was more addictive than cigarettes and alcohol. In fact, rates for anxiety and depression rose 70 percent among young people over the last 25 years."

At this point, Peter might not be royally screwing up, but he’s physically gross. From step one Jesus meets Peter in his mess, and Peter shows humility in following Jesus despite where he is and who he is.

Mark 1:29-31
29 As soon as they left the synagogue, they went with James and John to the home of Simon and Andrew. 30 Simon’s mother-in-law was in bed with a fever, and they immediately told Jesus about her. 31 So he went to her, took her hand and helped her up. The fever left her and she began to wait on them.

Peter’s Mother in Law was sick, so Jesus jumps right into Peter’s family drama and treats them like his own family.  We can also assume that Peter had some level of hesitation about opening up this part of his life to Jesus. Peter lets this new friend
into this deep and messy area of his life.

Matthew 14:22-33
22 Immediately Jesus made the disciples get into the boat and go on ahead of him to the other side, while he dismissed the crowd. 23 After he had dismissed them, he went up on a mountainside by himself to pray. Later that night, he was there alone, 24 and the boat was already a considerable distance from land, buffeted by the waves because the wind was against it.
25 Shortly before dawn Jesus went out to them, walking on the lake. 26 When the disciples saw him walking on the lake, they were terrified. “It’s a ghost,” they said, and cried out in fear.
27 But Jesus immediately said to them: “Take courage! It is I. Don’t be afraid.”
28 “Lord, if it’s you,” Peter replied, “tell me to come to you on the water.”

When Peter saw Jesus walking on the water, I don’t think he was thinking, “I’m that great too.” I think Peter was just thinking about all of the other times that Jesus had pulled him out of his mess into something great.

28 “Lord, if it’s you,” Peter replied, “tell me to come to you on the water.”
29 “Come,” he said.
Then Peter got down out of the boat, walked on the water and came toward Jesus. 30 But when he saw the wind, he was afraid and, beginning to sink, cried out, “Lord, save me!”
31 Immediately Jesus reached out his hand and caught him. “You of little faith,” he said, “why did you doubt?”
32 And when they climbed into the boat, the wind died down. 33 Then those who were in the boat worshiped him, saying, “Truly you are the Son of God.”

He knew he could trust Jesus, so he gave it his all, and he failed. Then Jesus grabbed him, pulled him back up, and boldly told him what the issue was.

Being real, being messy, being humble, and letting someone speak into your life is hands down the quickest way to make you look like Jesus.

Peter was a mess, but this is what Jesus says about His disciple, Peter:
Matthew 16:18
And I tell you that you are Peter, and on this rock I will build my church, and the gates of Hell will not overcome it.

Why did God use Peter as the rock he built the church on?

I really don’t think it’s because of his skill. I think it’s his reckless abandon to do whatever Jesus told him to do. His obedience.

Here’s my challenge to you:
Find someone who looks like Jesus, ask them to invest in you, and follow their example, as they follow the example of Christ.