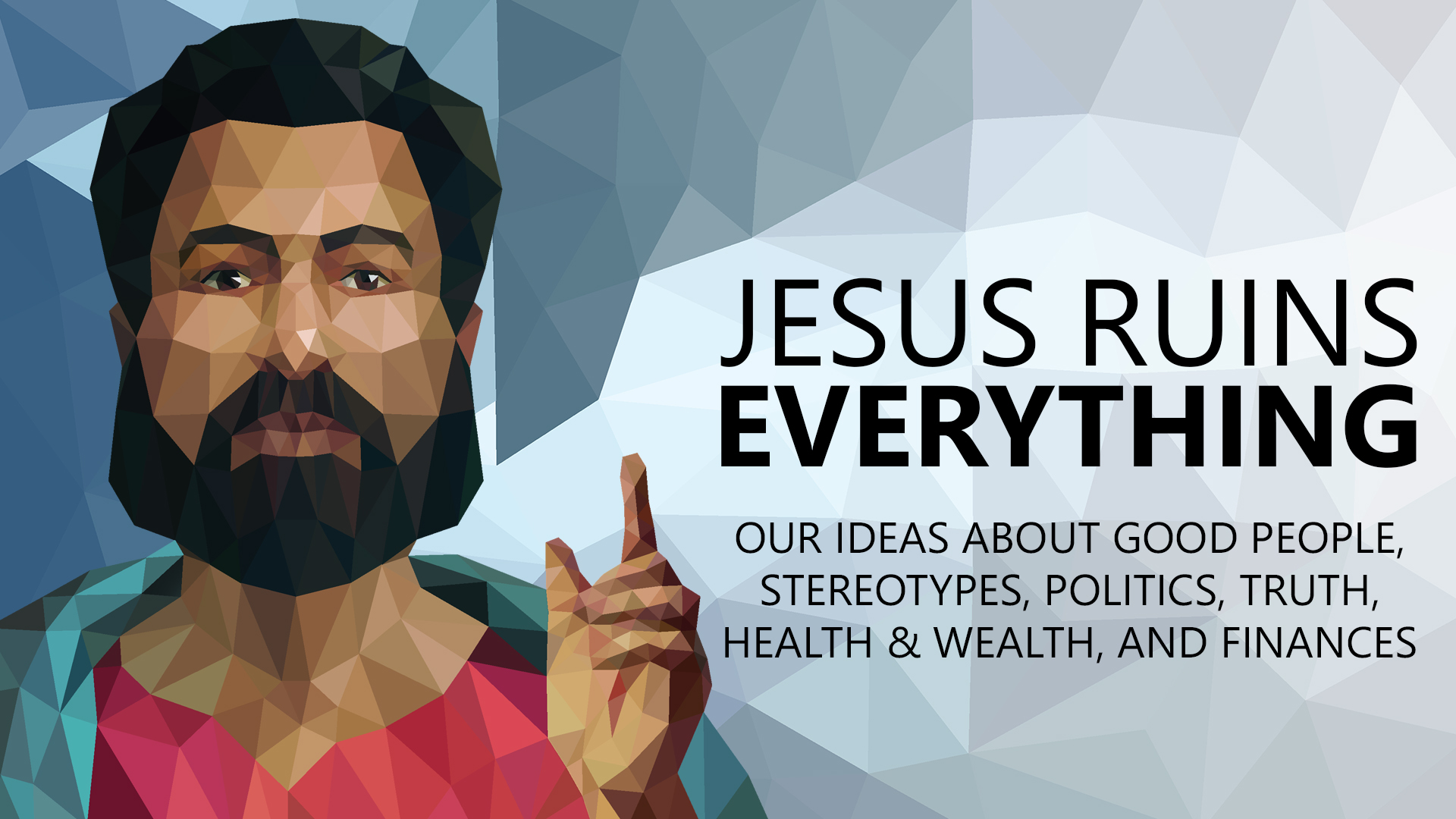 Money Definition: a current medium of exchange in the form of coins and banknotes

This shouldn't be too shocking to any of us, but basically money is the middle man to get you want you want.

When you look at the progression of how we came from trading goods and services directly to transferring money instantly from person to person, you can easily see where that trend came from.  But there is another trend that I want you point out… In that process of transitioning from trading to instant currency exchange, we also went from valuing the goods and services to valuing the money itself.  We went from having our eye on the end goal, to getting consumed with the process.

What we become, are people who are obsessed with the status money brings, are constantly worried about having an excess, and are incredibly selfish in the way we handle money.

2. What does Jesus say about Money?

John 2:13-14
13 When it was almost time for the Jewish Passover, Jesus went up to Jerusalem. 14 In the temple courts he found people selling cattle, sheep and doves, and others sitting at tables exchanging money.

John 2:15-16
15 So he made a whip out of cords, and drove all from the temple courts, both sheep and cattle; he scattered the coins of the money changers and overturned their tables. 16 To those who sold doves he said, “Get these out of here! Stop turning my Father’s house into a market!”

Jeus is so filled with a righteous indignation that he lashes out and rights the wrongs He is seeing. Jesus was sickened to his very core. He saw this building that showed the grace of God wanting to connect with people that didn't deserve his presence being perverted for financial gain. He saw the animals that represented the mercy of God to clean a wicked and depraved people being misused to gain earthly treasure. He saw his people caring more about money than they cared about the goal - furthering His Kingdom.

1 Timothy 6:10
10 For the love of money is a root of all kinds of evil. Some people, eager for money, have wandered from the faith and pierced themselves with many griefs.

3. How do we handle the Money in our world today?

- We need to stop making money the goal

Brother Yun in "The Heavenly Man" -
My Family lived in a rickety old home, which was falling apart. We wore old clothes and my children had holes in their shoes. We always believed the best of our possessions, time, and money should go to training the workers so they could go to the poorest and most needy places. We all practiced tithing. If we only had 10 ducks, we would dedicate the biggest duck and it's eggs to the Lord.  While I was in prison each man received just 2.5 Yuan (about 30 cents) per month, so we could buy small items like paper and toothpaste. But even then the believers set aside a tithe from our meager income. We stored it up while in prison and gave it to the Lord when we were released.

- Use the rest of our money to build His Kingdom too!

- Stop caring so much about money.

Connection Card
- I will change my outlook to see money as means to an end, not the end goal.
- I will make God’s will the ultimate goal in my life.
- I will shift my priorities to better use my money to build God’s Kingdom.